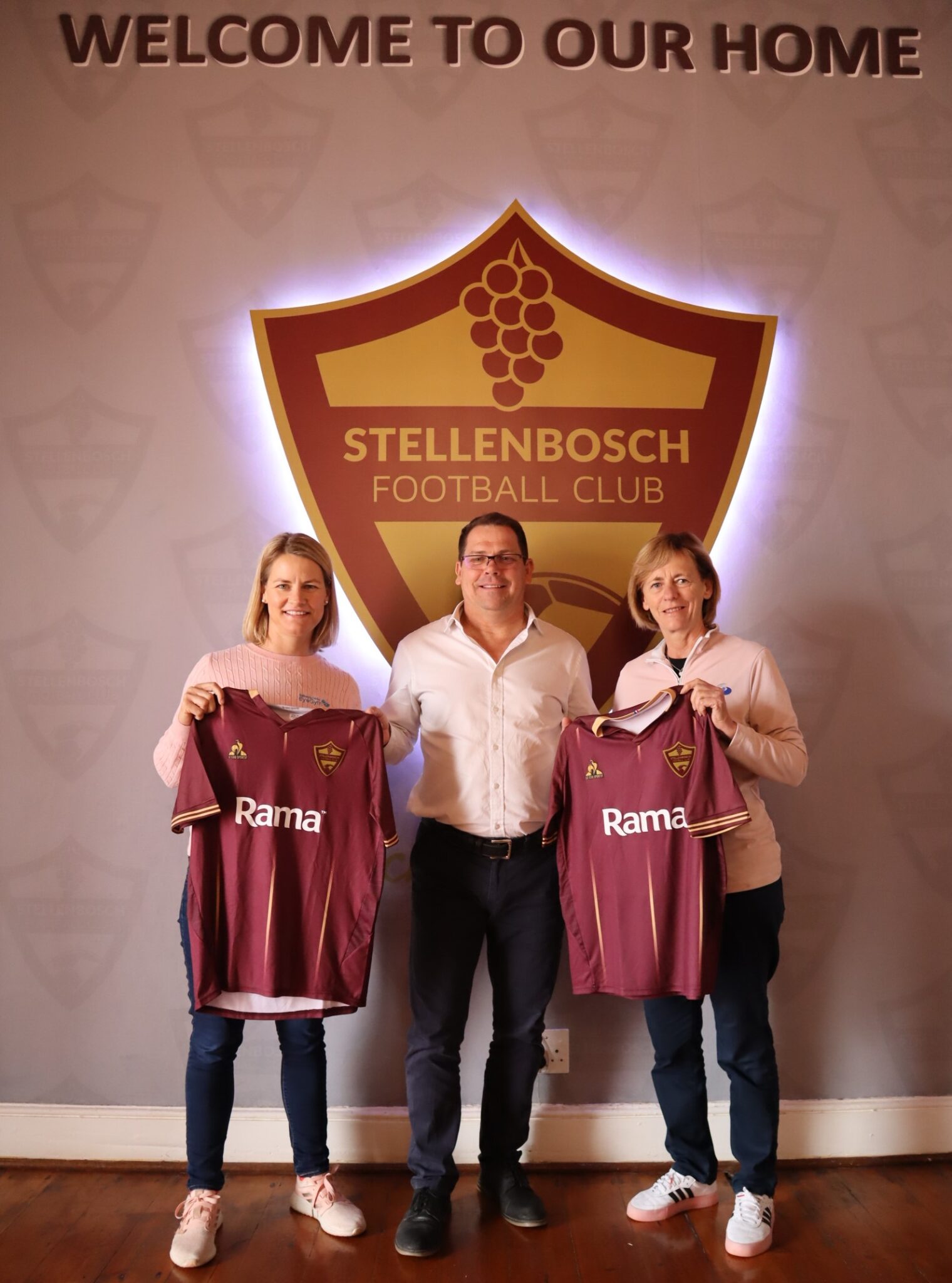 “We’re really excited to work with Stellenbosch Football Club (SFC). We know that we’ll be able to improve their concentration capabilities, their decision-making skills and overall skill level. Here at EyeGym we can create players who can think on their feet and who can create their own time on the ball.”

Speaking to the club’s media in July 2021, world renowned Dr Sherylle Calder, founder and creator of EyeGym made a couple of prophetic statements that looked at how she would improve the players at Stellenbosch FC’s coordination, visual motor integration as well as their decision-making skills.

Fast forward four months down the line with SFC sitting comfortably in second position in both the DStv Premiership and DStv Diski Challenge respectively, after just 9 games, many have begun to ask: “just what is in the water out in Stellenbosch?”

The approach of the Club and its High Performance Unit is to develop players holistically. With the team focused on marginal gains, seeking improvement in every sphere, one vital component and key contributing factor among many this season has been Dr Sherylle Calder’s EyeGym and the work that her team does in improving SFC’s ability to process information to ignite a faster response in decision making.

Rob Benadie, CEO of Stellenbosch Academy of Sport (SAS) & SFC said: “It is incredible to have EyeGym onboard both as residents at SAS and of course since pre-season working with our PSL and U21 players.”

“We understand there is a culmination of various factors that has seen our squads have such a great start to the season, however, it would be remiss of us if we didn’t credit EyeGym for the amazing work both Dr Calder and Christi Botha are doing with our players. The program works, there’s no doubt about it. Our players are looking sharper, quicker and making better decisions on the field of play. – We’ve got a secret weapon in our arsenal and now the secret is out!”

A coveted overt secret that throughout the last two decades of competitive sport has been well sought after and held in high prestige. Calder’s history of teams and individuals worked with, speaks to the results she obtains using EyeGym.

“I did some work with Valtteri Bottas in the Formula 1 and of course worked with many football teams: AS Monaco, Tottenham Hotspurs, Forest Green Rovers, Bournemouth, Southampton FC and many, many more. We’ve done some work with the Miami Dolphins, the Holland women’s national hockey team when they won the Olympics – they actually tweeted: ‘Thank you for giving us golden eyes’ – which I thought was pretty cool. Another one of our favorite quotes was from Bryan Habana who said: ‘Thank you for making my eyes as quick as my feet’ after he won the World Cup with the Bokke,” said Calder.

Calder’s long line of testimonies of success speaks to the work that she’s been able to do for more than two decades in high performance sports working with elite athletes. The players experience both on and off the field coaching methods that look to improve the way they process information. “We’re not testing their eyes, we’re not testing sight, that’s not our focus. -How they process information is what I am interested in. It’s like taking your eyes, brain and motor responses to the gym. The quicker you see something the more time you have on the ball. When you look at the great soccer players. -They always seem to have the most time on the ball because of their ability to process information. They make faster decisions that give them that time and space– and that’s what I train. I’ve come up with methods to improve that.”

“I’ve already seen improvements in the individuals at SFC and importantly the improvements in the teams concentration and ability to manage games. We started working with the club in July and already we’ve noticed significant results that have translated to better performances. The potential of this group of players is endless, and the scary thing is, we’re only getting started.”