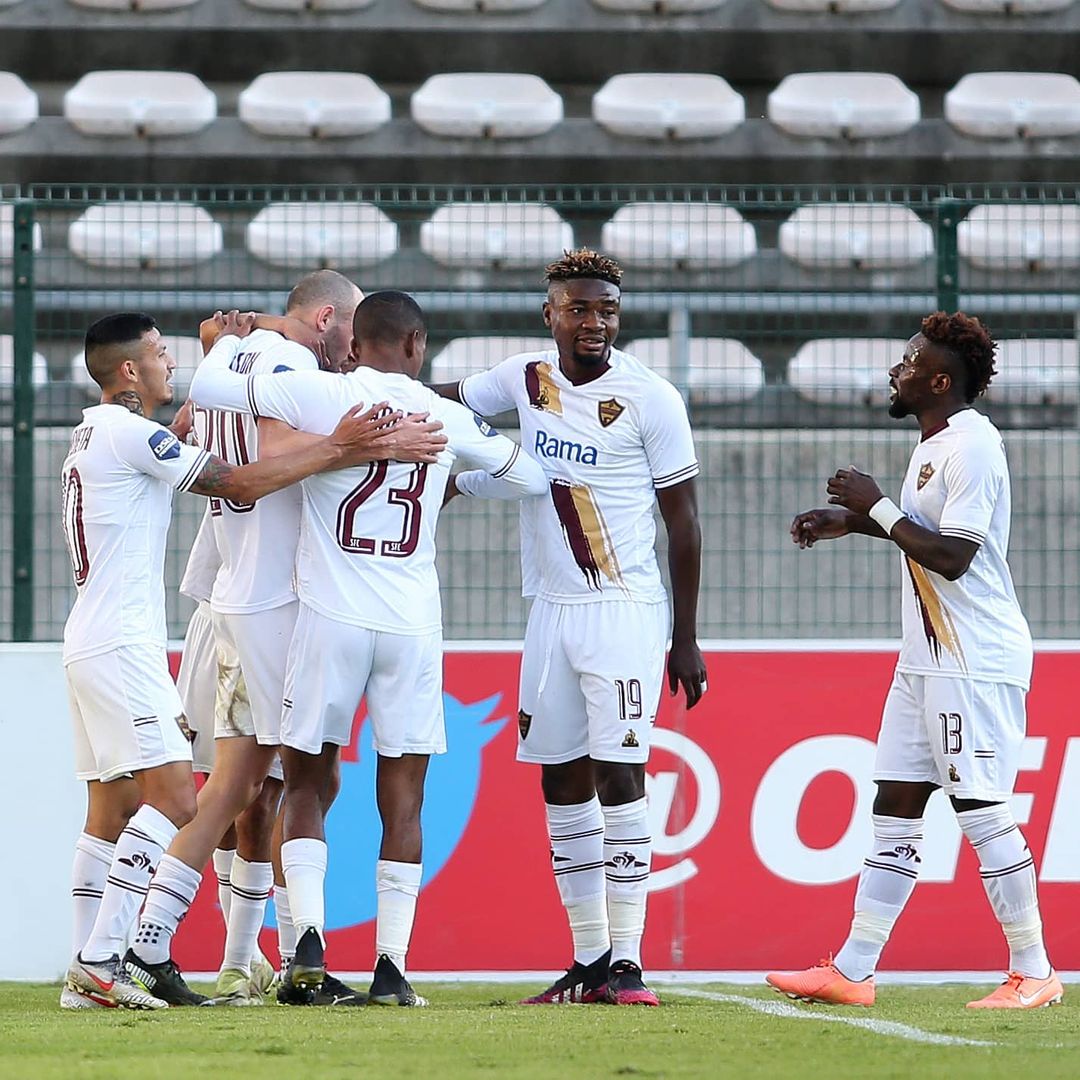 Stellenbosch FC (SFC) thrashed neighbours Cape Town City FC (CTCFC) with a convincing 3-0 win over their Cape rivals in this past weekend’s Dstv Premiership fixture out at Athlone Stadium.

The build-up to the Cape Derby saw both sides enter the fixture with a head-to-head on an equal footing with both teams having won two and lost two against one another respectively. The two Cape sides also walked into the fixture unbeaten given their fantastic start to this year’s Dstv Premiership Campaign. Pegged to be a stupendous affair, the “El Kaapico” was nothing short of entertaining.

In the opening exchanges of the match, it was City who flashed the first warning signs when Fagrie Lakay hit the up-right after his attempted delivery into the box from out wide drifted over a backpaddling Stellies Captain and goalkeeper Lee Langeveldt.

Stellies were without Idas Valley-born and last season’s SFC Player of the Year, Deano Van Rooyen. A notable piece missing in Barker’s arsenal. Replacing the injured Van Rooyen and making his debut start for the Maroons was Captain of the Stellies Reserves (u/21s), Devin Titus. Titus making his first senior start on the big stage picked up a yellow card in the 11th minute for a rash challenge on City defender, Terrance Mashego, adding greater angst around an already pressured situation out at right-wing-back for the Stellies camp.

The Stellies backline was hit with yet another unforeseen knock, when Sibusiso Mthethwa went to ground in the 12th minute after he suffered an oblique muscle strain and could not continue, forcing Steve Barker to bring on Alan Robertson.

In a twist of fortune for the Stellies outfit, it was indeed the substitute who made the difference in the 31st. After a corner set-piece was headed back across the face of goal, up-stepped an unlikely goal scorer in that of defender Robertson who found the back of the net with a strike any center-forward would be proud of.

1-0 the score as the teams entered the tunnel at half-time.

After the mid-way mark, it was the Cityzens who came out guns blazing in an attempt to salvage the match and bragging rights in what was at that stage a pretty even affair. City who controlled much of the ball failed to cause any significant threat at goal with the Stellies outfit seeing out any form of attack from their rivals.

In the 72nd on came former City and Maritzburg player, Judas Moseamedi replacing Nigerian international, Stanley Dimgba. The now Stellies striker and talisman, a key signing in Barkers plans for this season’s Dstv Premiership, especially considering the lack of goals his side managed in last season’s campaign. A lack of goals was not to be in this clash after Ashley Du Preez assisted his new teammate in the 83rd and 89th to seal off an emphatic victory over CTCFC.

Du Preez also walked away with the coveted Man of the Match Award and speaking to SuperSport said, “I am happy to have helped my team get the win today. I always look forward to a Derby, it’s always special for me and I’m just glad we got the win.”

Head coach Steve Barker said, “I am incredibly proud of the performance our boys showed today. Every single one of them. I think we had the greater desire, I thought they never really troubled us or created enough but it was truly a performance from our boys that we can be proud of. I think a special mention should also go to Devin Titus, who made his senior debut start today. After picking up a yellow card early on, I thought he showed immense maturity to see out the game and put in a really solid performance in a position he doesn’t really often play. All round a top performance for us.”

3-0 the final score in what was a comprehensive win for Stellies who remain unbeaten in the League and claiming not just the three points but notable bragging rights over their neighbours, painting the Western Cape maroon, with a touch of gold.