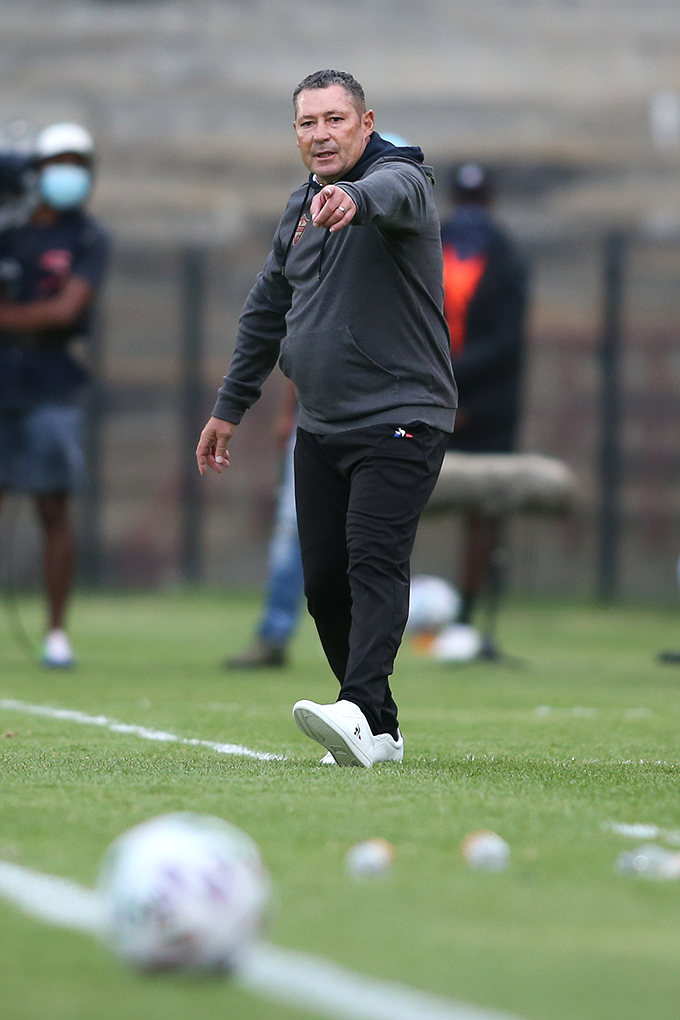 After a relatively stable start to the season, Stellenbosch FC find themselves in need of a win when they next face AmaZulu FC at the Jonssons Kings Park Stadium in Durban this Friday, 29.

SFC who are currently 10th in the League and level on points with Usuthu (9th) will look turn what seems to be a bad run of form into a good return. The side from Stellenbosch have now gone 4 games without a win but still find themselves in and around their targeted Top 8 zone, currently, just 2 points adrift for the Maroons.

Assistant Coach, Wesely Sergel says, “With us almost being halfway into the season, we have managed to keep ourselves around the top 8 position. A big positive so far has been our offensive play, we have managed to improve the number of goal scoring opportunities and created more threats going forward compared to last season.

A huge positive for me is to see the club’s younger players come to the fore. The likes of Du Preez (23), Skelem (22), Brenner (22), Khunyedi (20), Adams (19), Msengi (19), Avontuur (17) and Devin Titus (19) all making vital contributions to the first team thus far. With the Diski Challenge (U21) team currently top of the league, this all points to a promising future for the club as they continue to develop and play a bigger role for the team.

Our objectives are always to improve on the previous season in all aspects. Finishing in the top 8 and higher would be a great achievement for the club. However, it is of utmost importance that we do so while continuing to have impact on and off the pitch, uplifting our local communities and giving opportunities to our young players through the club structures we have in place.”

It is evident that the club continues to inspire local football within the Cape Winelands District where local talents such as Lee Langeveldt, Jayden Adams, Leletu Skelem, Ashley Du Preez and Deano Van Rooyen have all become regular starters in the SFC first 11.

One of those talents Deano Van Rooyen who found himself on the fringes of the team last season has become one of the first names to make the team sheet in the 2020/21 campaign. “A beacon of hope for aspiring young footballers in the community,” says CEO of the club, Rob Benadie, who adds, “not just Van Rooyen but all of them, it’s incredible to witness and all of us here at the club are immensely proud.”

Van Rooyen says, “Not being selected last season was frustrating and at times and incredibly difficult. However, I think it was my mindset that pulled me through. I kept on working hard and pushing myself to do the right things on the training ground, listening to the instructions I was given and trying to perform my duties at my best.”

Vice-Captain of the club, Lee Langeveldt says, “There are many positives we can take out of the games that we’ve played so far, defensively and offensively and now that we’re almost up to full strength I’m looking forward to what we’re going to achieve in the next half, I just wish the fans were there to support us in the stadiums.”

“A full Danie Craven Stadium is something we all look forward to in the future, the opportunity to play in front of our supporters again in Stellenbosch would be truly special, but for now we appreciate the support from home and on our socials, in the meantime we hope that everyone remains safe and follows the necessary guidelines,” says Sergel.